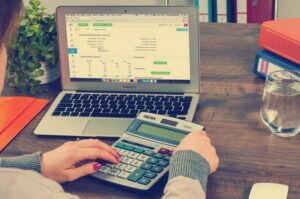 Any part of a credit balance in the account can be capitalised, by the issue of bonus shares, and the balance is available for distribution of dividends to shareholders, and the residue is carried forward into the next period. Some laws, including those of the United Kingdom require that dividends be only paid out of the positive balance of the retained earnings account at the time that payment is to be made. This protects creditors from a company being liquidated through dividends. A few countries, however, allow payment of dividends to continue to increase a corporation’s accumulated deficit. This is known as a liquidating dividend or liquidating cash dividend.

If a company is publicly traded, the balance of retained earnings account that is negatively referred to as “accumulated deficit” may appear in the Accountant’s Opinion in what is called the “Ongoing Concern” statement located at the end of required SEC financial reporting at the end of each quarter.

Due to the nature of double-entry accrual accounting, retained earnings do not represent surplus cash available to a company. Rather, they represent how the company has managed its profits (i.e. whether it has distributed them as dividends or reinvested them in the business). When reinvested, those retained earnings are reflected as increases to assets (which could include cash) or reductions to liabilities on the balance sheet.

A company is normally subject to a company tax on the net income of the company in a financial year. The amount added to retained earnings is generally the after tax net income. In most cases in most jurisdictions no tax is payable on the accumulated earnings retained by a company. However, this creates a potential for tax avoidance, because the corporate tax rate is usually lower than the higher marginal rates for some individual taxpayers. Higher income taxpayers could “park” income inside a private company instead of being paid out as a dividend and then taxed at the individual rates. To remove this tax benefit, some jurisdictions impose an “undistributed profits tax” on retained earnings of private companies, usually at the highest individual marginal tax rate.

The issue of bonus shares, even if funded out of retained earnings, will in most jurisdictions not be treated as a dividend distribution and not taxed in the hands of the shareholder.

Definition and Accounting For Intangible Assets

The Advantages and Disadvantages of Online Payroll Software