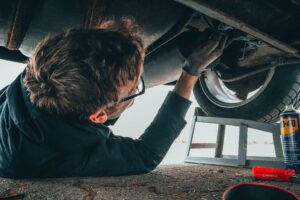 In accounting, fixed capital is any kind of real, physical asset that is used repeatedly in the production of a product. In economics, fixed capital is a type of capital good that as a real, physical asset is used as a means of production which is durable or isn’t fully consumed in a single time period.
It contrasts with circulating capital such as raw materials, operating expenses etc.

The concept was first theoretically analyzed in some depth-first by the economist Adam Smith in The Wealth of Nations (1776) and then by David Ricardo in On the Principles of Political Economy and Taxation (1821). Ricardo studied the use of machines in place of labor and concluded that workers’ fear of technology replacing them might be justified.

Thus fixed capital is that portion of the total capital outlay that is invested in fixed assets (such as land improvements, buildings, vehicles, plant, and equipment), that stay in the business almost permanently—or at the very least, for more than one accounting period. Fixed assets can be purchased by a business, in which case the business owns them. They can also be leased, hired or rented, if that is cheaper or more convenient, or if owning the fixed asset is practically impossible (for legal or technical reasons).

Refining the classical distinction between fixed and circulating capital in Das Kapital, Karl Marx emphasizes that the distinction is really purely relative, i.e. it refers only to the comparative rotation speeds (turnover time) of different types of physical capital assets. Fixed capital also “circulates”, except that the circulation time is much longer, because a fixed asset may be held for 5, 10 or 20 years before it has yielded its value and is discarded for its salvage value. A fixed asset may also be resold and re-used, which often happens with vehicles and planes.

In national accounts, fixed capital is conventionally defined as the stock of tangible, durable fixed assets owned or used by resident enterprises for more than one year. This includes plant, machinery, vehicles and equipment, installations and physical infrastructures, the value of land improvements, and buildings.

There are two primary methods for estimating the stock of fixed capital in any nation: direct measurement of the capital stock and perpetual inventory calculations.
Attempts have been made to estimate the value of the stock of fixed capital for the whole economy using direct enterprise surveys of “book value”, administrative business records, tax assessments, and data on gross fixed capital formation, price inflation and depreciation schedules. A pioneer in this area was the economist Simon Kuznets.

The so-called “perpetual inventory method” (PIM) used to estimate fixed capital stocks was invented by Raymond W. Goldsmith in 1951 and subsequently used around the world. The basic idea of the PIM method is, that one starts off from a benchmark asset figure, and adds on the net additions to fixed assets year by year (using gross fixed capital formation data), while deducting annual estimates of economic depreciation based upon an explicit service life assumption, all data being adjusted for price inflation using a capital expenditure price index. In this way, one obtains a time series of annual fixed capital stocks. This data series can also be modified further with various other adjustments for prices, economic depreciation, etc. (several variants of the PIM approach are nowadays used by economic historians and statisticians).

Depreciation as an economic concept distinguishes between “…the value of the stock of capital assets and the annual value of that asset’s services, distinguishing between depreciation and inflation as sources of the change in asset value, and distinguishing between the depreciation in asset values and deterioration in an asset’s physical productivity.”
Depreciation is the cost of the stock of capital assets allocated over their service lives in proportion to estimates of their service lives, net of maintenance and repair costs.

A business executive who invests in or accumulates fixed capital is tying up wealth in a fixed asset, hoping to make a future profit. Thus, such investment usually implies a risk. Sometimes depreciation write-offs are also viewed partly as compensation for this risk. Often leasing or renting a fixed asset (such as a vehicle) rather than buying it is preferred by enterprises because the cost of using it is lowered thereby, and the real owner may be able to obtain special tax advantages.

An owner can obtain funding for the purchase of fixed capital assets from the aptly named capital market, where loans are given on a long-term basis. Funding can also come from reserve funds, the selling of shares, and the issuing of debentures, bonds or other promissory notes.

What Are Nontraded Assets?

Nontraded assets (or: nonmarketable assets or perfectly nonliquid assets) are assets that are not traded on the market. …