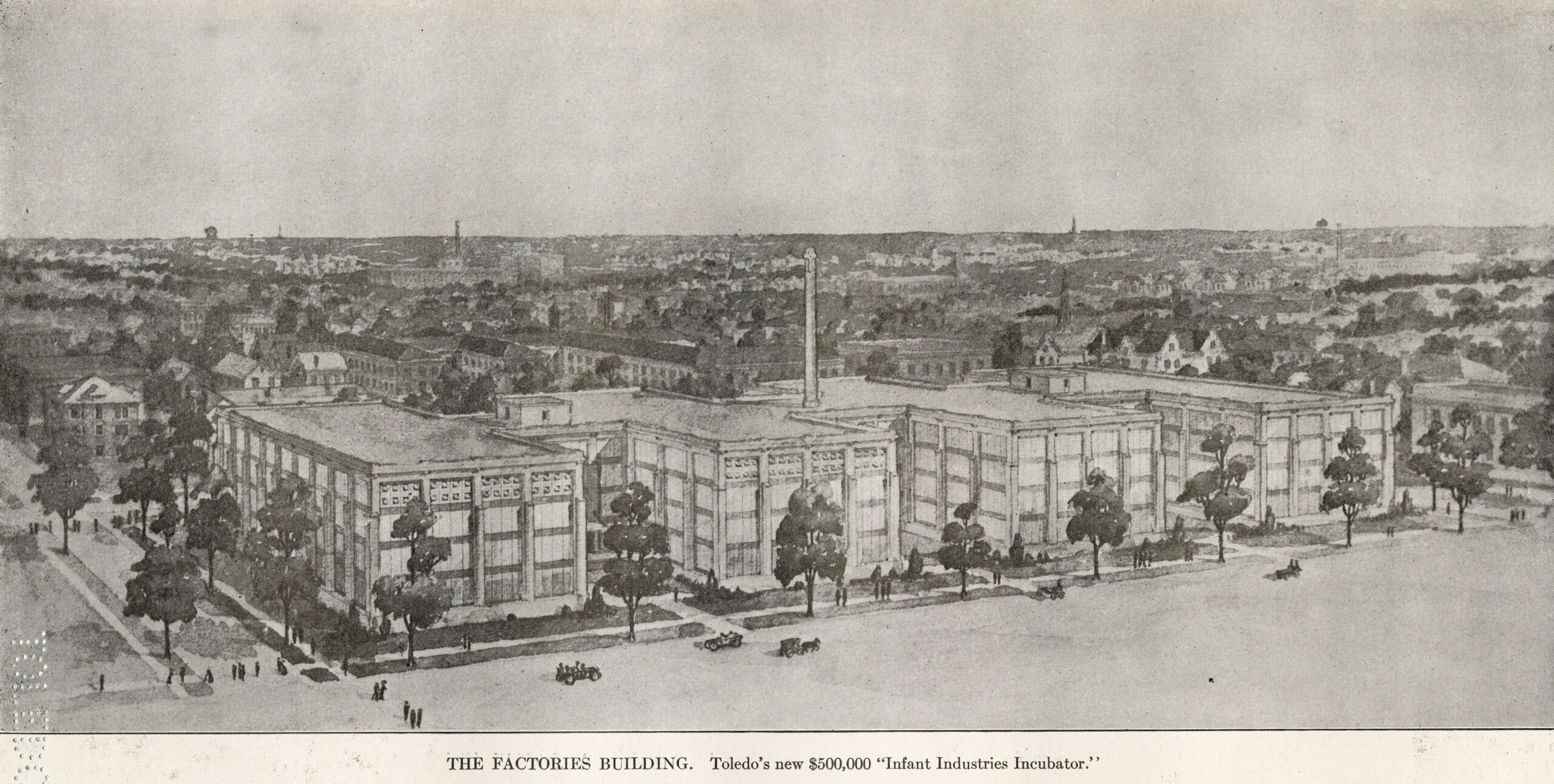 A business incubator is a company that helps new and startup companies to develop by providing services such as management training or office space. The National Business Incubation Association (NBIA) defines business incubators as a catalyst tool for either regional or national economic development. NBIA categorizes their members’ incubators by the following five incubator types: academic institutions; non-profit development corporations; for-profit property development ventures; venture capital firms, and combination of the above.

Within European Union countries there are different EU and state funded programs that offer support in form of consulting, mentoring, prototype creation and other services and co-funding for them. TecHub is one of examples for IT companies and ideas.

The formal concept of business incubation began in the US in 1959 when Joseph L. Mancuso opened the Batavia Industrial Center in a Batavia, New York, warehouse. Incubation expanded in the U.S. in the 1980s and spread to the UK and Europe through various related forms (e.g. innovation centres, pepinieres d’entreprises, technopoles/science parks).

Incubation activity has not been limited to developed countries; incubation environments are now being implemented in developing countries and raising interest for financial support from organizations such as UNIDO and the World Bank.

The first high-tech incubator located in Silicon Valley was Catalyst Technologies started by Nolan Bushnell after he left Atari. “My idea was that I would fund [the businesses] with a key,” says Bushnell. “And the key would fit a lock in a building. In the building would be a desk and chair, and down the hall would be a Xerox machine. They would sign their name 35 times and the company would be incorporated.” All the details would be handled: “They’d have a health care plan, their payroll system would be in place, and the books would be set up. So in 15 minutes, they would be in business working on the project.”

Since startup companies lack many resources, experience and networks, incubators provide services which helps them get through initial hurdles in starting up a business. These hurdles include space, funding, legal, accounting, computer services and other prerequisites to running the business.

There are a number of business incubators that have focused on particular industries or on a particular business model, earning them their own name.

One example of a specialized type of incubator is a bio incubator. Bioincubators specialize in supporting life science-based startup companies. Entrepreneurs with feasible projects in life sciences are selected and admitted to these programs.

Unlike many business assistance programs, business incubators do not serve any and all companies. Entrepreneurs who wish to enter a business incubation program must apply for admission. Acceptance criteria vary from program to program, but in general only those with feasible business ideas and a workable business plan are admitted. It is this factor that makes it difficult to compare the success rates of incubated companies against general business survival statistics.

Although most incubators offer their clients office space and shared administrative services, the heart of a true business incubation program is the services it provides to startup companies. More than half of incubation programs surveyed by the National Business Incubation Association in 2006 reported that they also served affiliate or virtual clients. These companies do not reside in the incubator facility. Affiliate clients may be home-based businesses or early-stage companies that have their own premises but can benefit from incubator services. Virtual clients may be too remote from an incubation facility to participate on site, and so receive counseling and other assistance electronically.

The amount of time a company spends in an incubation program can vary widely depending on a number of factors, including the type of business and the entrepreneur’s level of business expertise. Life science and other firms with long research and development cycles require more time in an incubation program than manufacturing or service companies that can immediately produce and bring a product or service to market. On average, incubator clients spend 33 months in a program. Many incubation programs set graduation requirements by development benchmarks, such as company revenues or staffing levels, rather than time.

About one-third of business incubation programs are sponsored by economic development organizations. Government entities (such as cities or counties) account for 21% of program sponsors. Another 20% are sponsored by academic institutions, including two- and four-year colleges, universities, and technical colleges. In many countries, incubation programs are funded by regional or national governments as part of an overall economic development strategy.

Incubators often aggregate themselves into networks which are used to share good practices and new methodologies.
Europe’s European Business and Innovation Centre Network (“EBN”) association federates more than 250 European Business and Innovation Centres (EU|BICs) throughout Europe. France has its own national network of technopoles, pre-incubators, and EU|BICs, called RETIS Innovation. This network focuses on internationalizing startups.

Of 1000 incubators across Europe, 500 are situated in Germany. Many of them are organized federally within the ADT (Arbeitsgemeinschaft Deutscher Innovations-, Technologie-, und Grunderzentren e.V.).

Characteristics and Benefits of The Startup Ecosystem

A startup ecosystem is formed by people, startups in their various stages and various types of organizations in …