What are the main types of intangible assets?

An intangible asset is an asset that lacks physical substance. Examples are patents, copyright, franchises, goodwill, trademarks, and trade names, as well as software. This is in contrast to physical assets (machinery, buildings, etc.) and financial assets (government securities, etc.). An intangible asset is usually very difficult to evaluate. They suffer from typical market failures of non-rivalry and non-excludability. 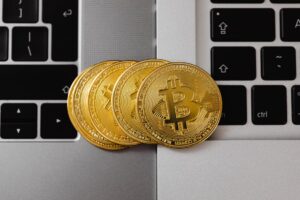 IAS 38 requires any project that results in the generation of a resource to the entity be classified into two phases: a research phase, and a development phase.

An example of research (as defined as “the original and planned investigation undertaken with the prospect of gaining new scientific or technical knowledge and understanding”): a company can carry a research on one of its products which it will use in the entity of which results in future economic income.[clarification needed][gobbledegook]

Development is defined as “the application of research findings to a plan or design for the production of new or substantially improved materials, devices, products, processes, systems, or services, before the start of commercial production or use.”

Accounting treatment of expenses depends on whether they are classified as research or development. Where the distinction cannot be made, IAS 38 requires that the entire project be treated as research and expensed through the Statement of Comprehensive Income.

Under US GAAP, intangible assets are classified into: Purchased vs. internally created intangibles, and Limited-life vs. indefinite-life intangibles.

For personal income tax purposes, some costs with respect to intangible assets must be capitalized rather than treated as deductible expenses. Treasury regulations in the USA generally require capitalization of costs associated with acquiring, creating, or enhancing intangible assets. For example, an amount paid to obtain a trademark must be capitalized. Certain amounts paid to facilitate these transactions are also capitalized. Some types of intangible assets are categorized based on whether the asset is acquired from another party or created by the taxpayer. The regulations contain many provisions intended to make it easier to determine when capitalization is required.

Given the growing importance of intangible assets as a source of economic growth and tax revenue, and because their non-physical nature makes it easier for taxpayers to engage in tax strategies such as income-shifting or transfer pricing, tax authorities and international organizations have been designing ways to link intangible assets to the place where they were created, hence defining nexus. Intangibles for corporations are amortized over a 15-year period, equivalent to 180 months.